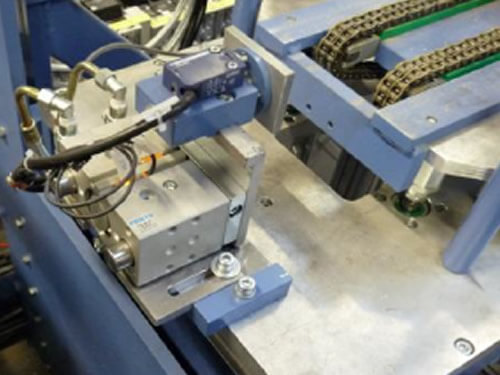 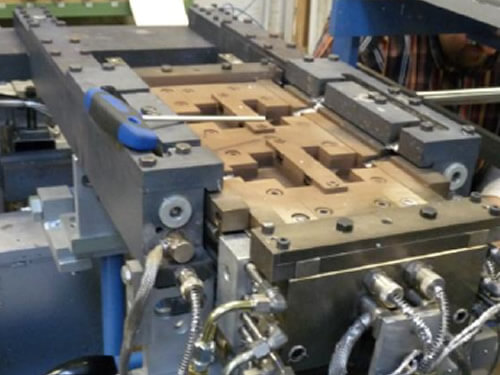 For larger production volumes Industrial type batteries can be assembled automatically. CTT have undertaken such projects. A typical automatic industrial cell assembly line layout is shown on CTT drawing TYP ASSY which is available as a download on this page. The automatic assembly line uses Cast on Strap (COS) technology.

The assembly line would generally consist of the following equipment:
Hadi PSB plate cutting and lug brushing machines for the Positive plates, the half Negative and full Negative plates.

Plate groups are assembled automatically into the required group sizes by a group stacking unit. If leaf type separator are required in the cell assembly they are introduced at this stage.

The stacked groups are then presented to the Cast on Strap machine. After the group bar has been cast the cells are boxed at a dedicated boxing station.

After boxing the cells are processed through a finishing line comprising of the lid heat sealing machine (which as an automatic lid placing system) a weld seam trimming unit to remove excess welded material, and a leak test unit.

After cell have passed the leak test they are palletised.